This was a sketch that I did for Jager DiPaola Kemp Design out of Vermont. They wanted something very similar to piece of fan art that appeared in a Pitt comic. I needed to replace the baseball bat with a stx lacrosse stick and in his opposite hand, he would be holding a bloody heart with the dripping blood spelling out STX. I expressed some concern about copyright infringement, but did the sketch per their request, making it as different as possible while keeping the elements that they asked for. They loved the sketch, but decided to err on the side of caution and use the artist that did the original art that appeared in the Pitt comic. I did get paid a nice healthy kill fee and a promise of more work in the future! 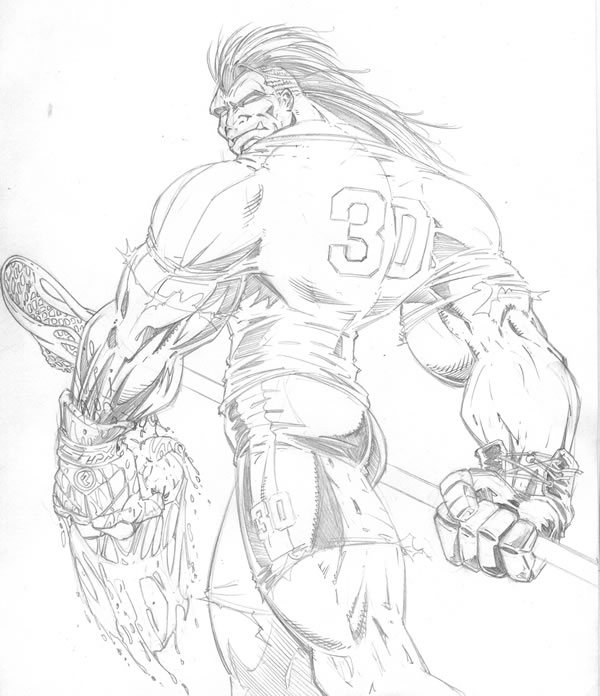